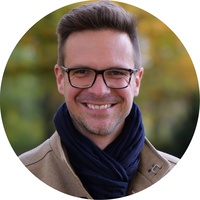 I have been working in the domain of data warehousing and data governance for over 16 years, as an architect, software engineer and consultant. I worked for leading tech companies in the Silicon Valley and elsewhere, such as Facebook, Squarespace and Anaconda. I have advised and worked for various non-governmental organizations as well, to introduce industry practices into the space of open government data.

I am an open-source creator and contributor, conference speaker and a creator and lead developer of open-source data warehouse toolkit Data Brewery and it’s flagship multi-dimensional analytical server Cubes.

My core expertise is in business intelligence and data warehousing. I consult in the areas of data warehouse architecture, data governance, data quality in addition to designing metadata repositories and unified sources of organizational truth.

A multi-dimensional conceptual data framework and server. The main features are OLAP and aggregated browsing with default relational database, multi-dimensional analysis, logical view of analysed data. The purpose was to focus on how analysts look at data, how they think of data, not not how the data are physically implemented in the data stores, hierarchical conceptual dimensions. The framework is SQL-dialect agnostic and uses relational-algebra with dialect-specific compilers to generate concrete database queries.

Small utility library for embedding arithmetic expressions parser and compiler into other libraries and applications.

Smalltalk implementation on top of Objective C runtime. Used as a scripting framework for creating scriptable servers or applications. StepTalk, when combined with the dynamism that the Objective-C language provides, goes way beyond mere scripting. It is written using GNUstep.

Was a toolkit for multi-agent based simulations written in ObjectiveC. Featured iterative simulator, simulation server, data probing and collecting mechanism and virtual laboratory application (Farmer) to control and visualize the simulation.

Other minor libraries from the past: